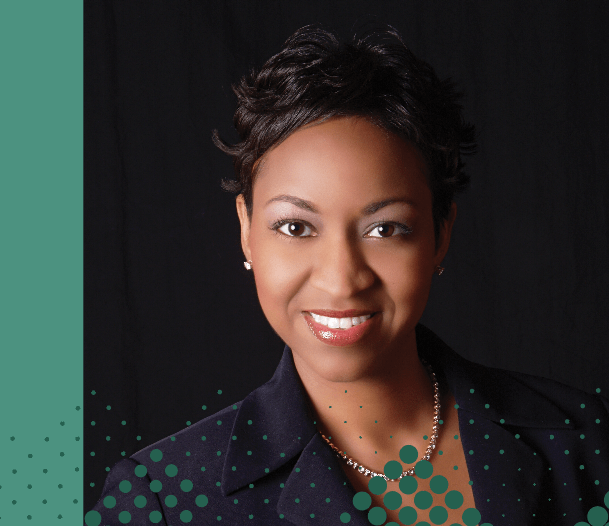 Laurie Nicole Robinson Haden—an award-winning lawyer and agent of change—truly personifies the 21st-century businesswoman whose skills, passion, and commitments are multi-faceted and the beneficiaries of her associations and accomplishments are many.

Laurie Robinson is the founder, president, and CEO of Corporate Counsel Women of Color, a non-profit professional organization, that she created in 2004 to advance women of color attorneys and to foster diversity in the legal profession. Mrs. Robinson Haden’s leadership and ability to galvanize have resulted in the growth of the organization’s membership from 10 members to over 5,000 members.

In this role, she performs chief legal officer functions in the areas of privacy, litigation, intellectual property, tax, governance, and other legal matters. As CEO, she provides strategic leadership within the areas of branding, publishing, business development, web development and interactive, marketing, sponsorships, and fundraising. Mrs.

In addition to her work with CCWC, Mrs. Robinson Haden worked simultaneously for nearly two decades at CBS Corporation (now media juggernaut Paramount Group +), where she held roles of increasing responsibility including Senior Vice President and Assistant General Counsel of the litigation group. Prior to CBS, Mrs. Robinson Haden worked at two New York City law firms, Seyfarth Shaw LLP and Epstein, Becker, and Green, P.C., where she represented management in labor and employment matters. Prior to working for those law firms, she served as a legal intern in the labor-management division of the National Football League. While at the NFL, Mrs. Robinson Haden wrote and published a legal comment in the Indiana Law Journal entitled “Professional Athletes – Held to a Higher Standard and Above the Law: A Comment on High-Profile Criminal Defendants and the Need for States to Establish High-Profile Courts.”

Mrs. Robinson Haden received accolades for her leadership including being recognized by the Coca-Cola Company’s legal department and receiving the Women’s Venture Fund’s Highest Leaf Award, the Groundwork, Inc. Impact Award, the Black Women Lawyer’s (Los Angeles) Power of One Award and the Black Women Lawyer’s (Chicago) Diversity Visionary Award. Mrs. Robinson Haden was featured in the annual women’s issue of Ebony Magazine in recognition of her leadership, ability to inspire others and effectuate change. She was named to the Network Journal’s 40 Under Forty List, Precious Times magazine’s 15 Christian Leaders, Pink magazine’s Top 15 Women in Business, and was highlighted as one of the legal industry’s women leaders in Vault’s View from the Top: Advice from Legal Women Leaders. Mrs. Robinson Haden was honored by the National Bar Association’s Women Lawyers Division and recipient of the very first M. Ashley Dickerson Award by the National Association of Women Lawyers. She is a recipient of the New York City Bar Association Diversity Champion Award and the New York State Bar Association Diversity Trailblazer Award. Moreover, she is a recipient of the NAFEO Distinguished Alumni Award and the Shropshire Group, Inc.’s Humanitarian Award. She was bestowed with the prestigious recognition as one of the “10 Up-And-Coming African-American Lawyers to Watch” by Diversity & The Bar magazine, and was listed as a “Power Broker” by Inside Counsel in its GC 50 list of the most influential in-house counsel in North America. In 2010, she was a recipient of the Indiana University School of Law – Bloomington’s Distinguished Alumni Award; the Neighborhood Defender Service of Harlem’s Corporate Social Responsibility Award; and the George W. Crawford Black Bar Association Visionary Award.

In 2011, Mrs. Robinson Haden was awarded the Ronald H. Brown Distinguished Leadership Award from the University of the District of Columbia and the ACC’s 2011 Matthew J. Whitehead II Diversity Award. In 2012, she was awarded the Chambers and Partners 2012 In-House Counsel Up & Coming Lawyer of the Year and the National Bar Association’s Pinnacle Award. Mrs. Robinson Haden was selected as a History Maker in the field of law. In 2014, she was awarded the Network Journal’s 25 Most Influential Black Women in Business Award. She was named to Savoy magazine’s list of the 2015 and 2018 Top Influential African-American Lawyers in America and in 2020 was awarded the Trailblazer Award from the Metropolitan Black Bar Association as was named a Global Leader in the Law (Be Kind Report) by Corporate Counsel Magazine. Recently, she was named the Top Ten Black Lawyer of the Decade by Lawyers of Color and received the Humanitarian Award from the United Nations and the New York City Bar.

Mrs. Robinson Haden’s collegiate years were just as accomplished as her legal career. She attended North Carolina Central University and received her Bachelor of Arts, magna cum laude, in 1994. Notably, she served as a campus leader in the coveted role of Miss North Carolina Central University, where she provided public service to the Durham, North Carolina community and served as a national ambassador to the university. She attended Indiana University School of Law at Bloomington and received her Juris Doctorate in 1998. While at Indiana–Bloomington, Mrs. Robinson Haden served as President of the Student Law Association, the Notes, and Comments Editor of the Indiana Journal of Global Legal Studies, and as a member of the Moot Court Board. She completed her certificate in Entertainment Media Management from New York University. 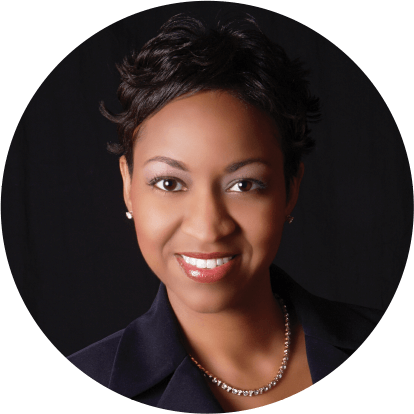